So how does Turret Damage Work Again? 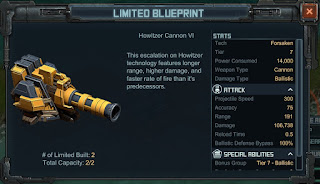 With the introduction of the new armor in the FM hot on the heels of the new Howitzer turret release from the raid, there seems to be an awful lot of players scrambling to understand just how damage calculations work on turrets.

Some of the damage calculations are not what many would consider intuitive in nature. There also seems to be some confusion with regard to how some of the bonuses stack and the interaction within bonus types. Let's see if we can't shed some light on these things.

To preface, I have asked a lot of questions trying to get a clear understanding for dissemination to the player base. This is, as much as I've been able to, verified information and MY understanding of the mechanics and functions of all of this. 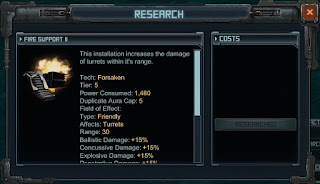 The first thing we need to cover is the Fire Support auras and how they stack. While the display shows an additive stacking within the bonus group in the turret stat block, it really isn't - sort of.

What the Fire Support does is multiple off of each other so that if you have 5 Fire Supports, the math would look like this:

With the introduction of both the Executioner II and the Howitzer VI there came a new damage bonus called Group Bonus. These are bonuses that are applied with specificity to the group the weapon is in (ex. T7-Ballistic). These work exactly the same as Fire Support bonuses. Group Bonus is additively stacked and then applied multiplicatively, calculated like Fire Support so these look like this: 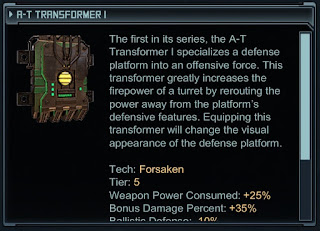 Is calculated as we intuitively would. Base * 1.xx for the calculation. You can see a complete calculation for the Howie VI below. So, for example, the A-T Transformer Would be 106,738 * 1.35 to get your resultant damage. Calculations for the intuitive ones would look like this: 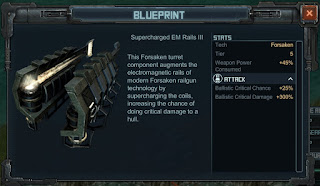 This is another one that seems to have caught a few people out. Many believe that this special is +300% applied to a critical hit allowing you to multiply the calculated damage by 5 (200% +300%=500%). This is incorrect.

Part of the issue is that players are basing the 300% against a typical critical hit and then taking that critical hit and assuming +300% against that. In reality, the special is tied together and the stats are co-dependent because turrets have no inherent ability to critical hit in the first place so the +300% is the critical hit multiplier, hence, X * 4 instead of X * 5. 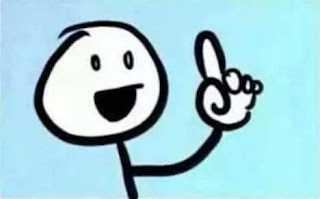 This is what the calculation will look like for a Howie VI sitting in 5 Fire Support fields, with a Forsaken faction bonus, 2 Howie VI weapons built (group bonus 50%), an AT-T transformer, and Heavy Ballistic Shells with a critical hit from the Rail III.

I hope this helps players better understand the interactions of the bonuses and how to calculate them for turrets and clarifies some of the questions floating around right now.